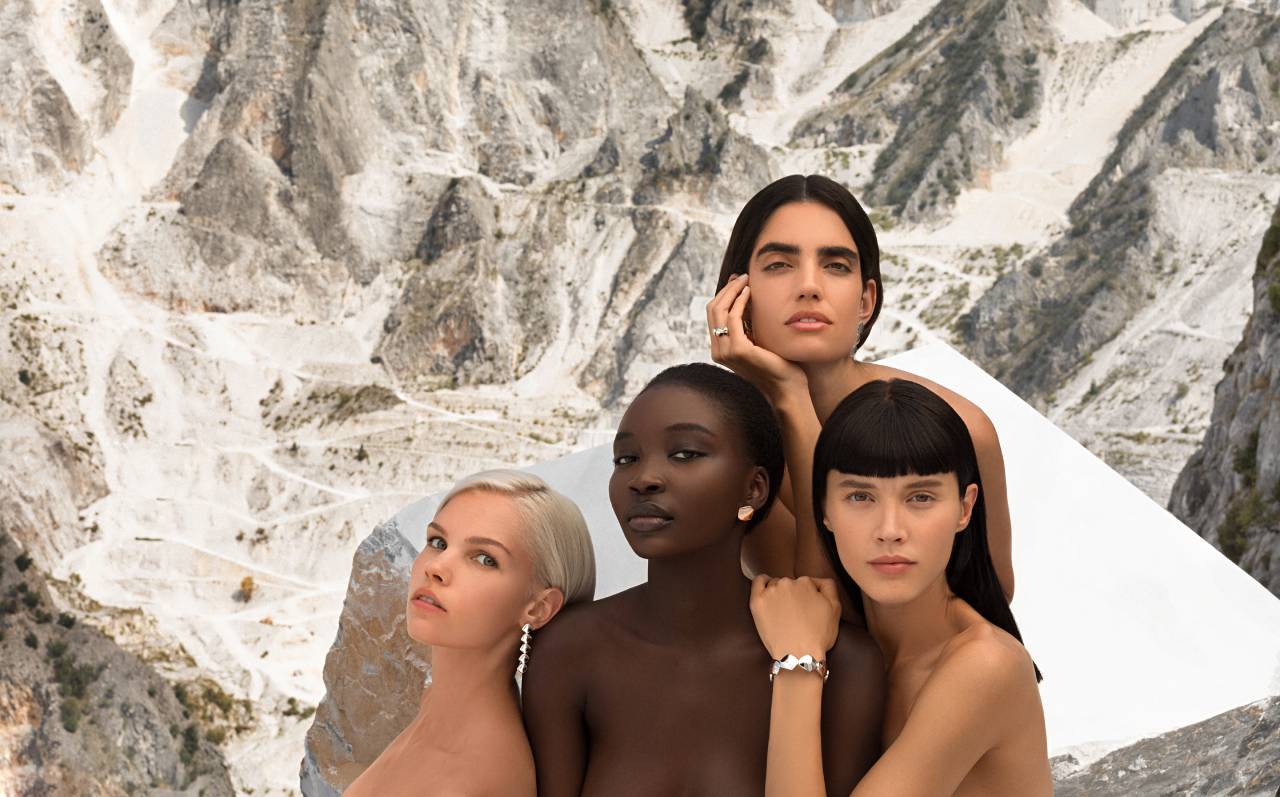 For its new campaign titled “Joining You”, Pianegonda jewelry becomes the linking thread between women and nature, stressing the importance of getting back in touch with one’s inner self through the majesty and breathtaking views of ancient natural landscapes.

The title refers to a renewed longing for human touch: meeting again, finding each other again through the touching of hands. Not just a rediscovery of nature and its power to bring inner peace in humans, but also the necessity to touch and feel the matter, shaping all that surrounds us.

The setting for the new shooting is the white marble cave in Carrara, Italy, where we witness an authentic spiritual awakening, in which the four models Kate Kina, Mariia Kaliazina, Azul Gonzales Aparicio and Diarra Ndiaye regain consciousness over their feminine strength, lingering to touch and feel the natural elements surrounding them in a newly-found appreciation of simplicity and beauty. 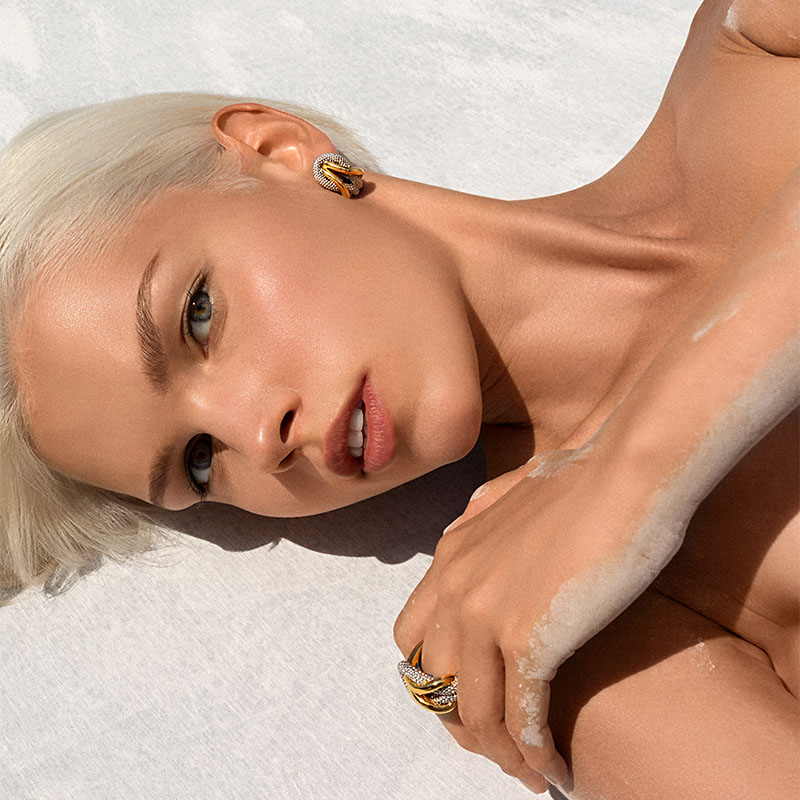 The symbol of infinity orients the main characters as their hands find each other and intertwine: their diversity and integration are the epitome of the modern woman, infinitely beautiful and unique in many different ways. Pianegonda jewelry speaks to all these women and brings them together through its latest collection Incipit, which is inspired by the moon – ever aligned with the feminine – its cycles and symbolism. Together with Incipit, Pianegonda’s most renowned collections such as Tecum, Clipea, Foedus and Vinctum find new additions to their contemporary designs.

With “Joining You”, Pianegonda once again draws inspiration from the force of nature and its vivid shapes to
tell the tale of modern jewelry that speaks to every kind of woman, making them feel confident in their femininity and seductive power. 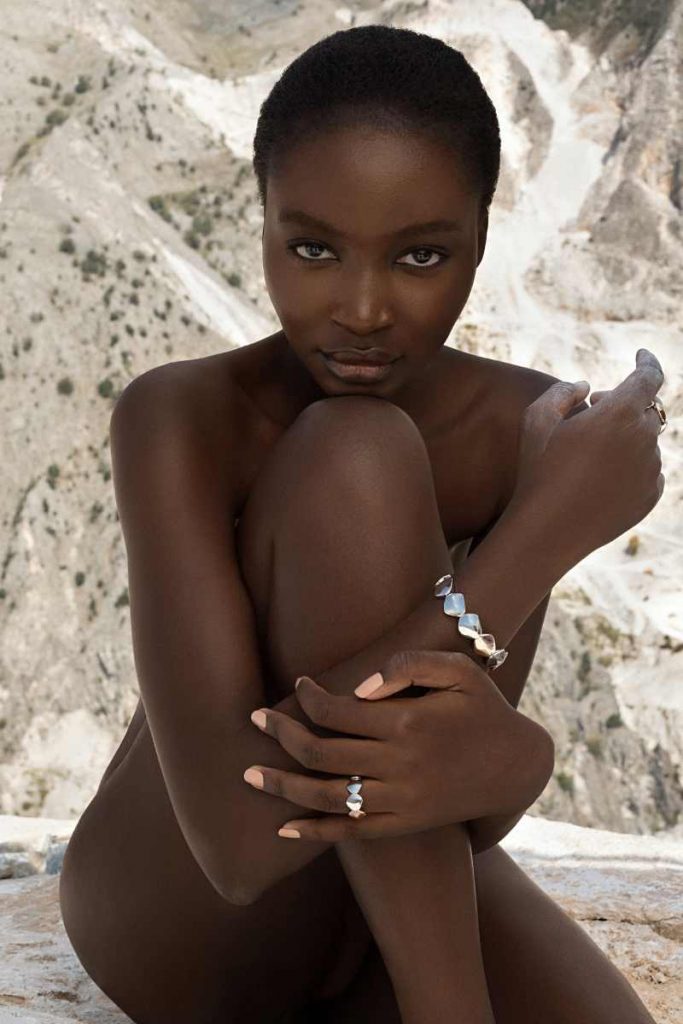 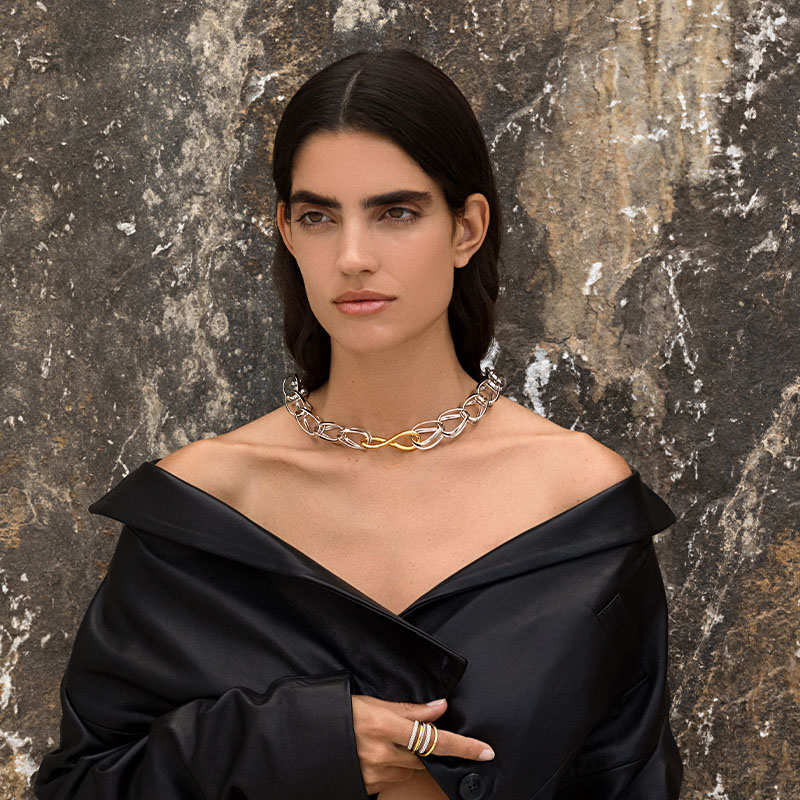