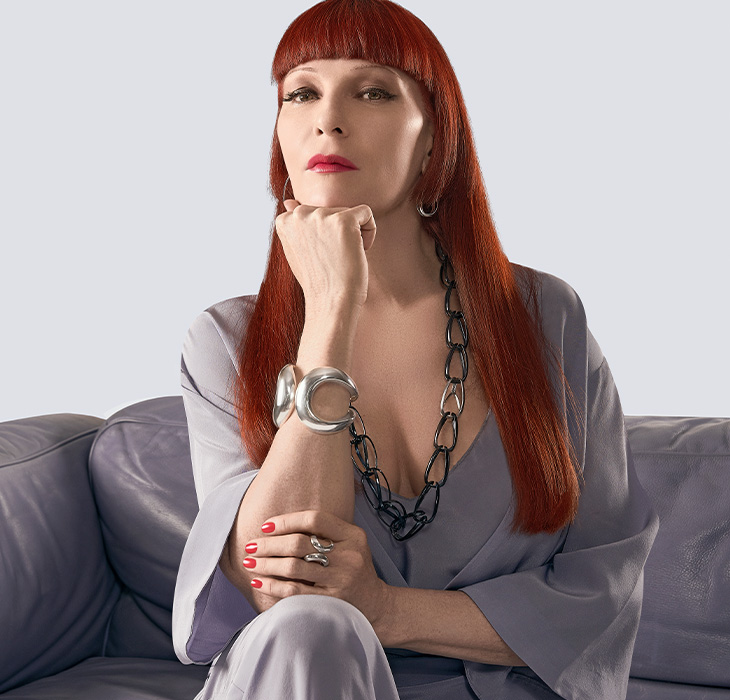 Betony Vernon, Anglo-American, naturalized Italian, has been nominated the new Creative Director of Pianegonda and will debut in January 2023 with the official launch of the new collection distributed worldwide.

Born in Virginia, Betony grew up in an inspiring environment, surrounded by art, music and culture. After obtaining a bachelor’s degree in art history and a minor in goldsmithing, she moved to Italy, first to Florence and then to Milan, where she completed a master’s degree at the prestigious Domus Academy.

Expertise, talent and creativity are the key elements that lead her to important collaborations with some of the most noted fashion and design houses (Valentino, Jean Paul Gaultier, Missoni, Gianfranco Ferré, Pampaloni, Fornasetti, Karl Lagerfeld, Alexander Wang). Her creations have been appreciated by celebrities such as Lady Gaga, Angelina Jolie, Christina Aguilera, Dita von Teese.

Her work has been featured in several international museums such as the Victoria and Albert Museum in London, the Triennale Design Museum in Milan, and the Museum of Modern Art in Paris.

Pianegonda, constantly evolving, decided to go on a new journey with Betony, who after 14 years living in Paris decided to return to Italy, due to her love for the country she has called home for 35 years and for the artistic, creative and craftsmanship skills that can only be found in Italy.

This is a significant entry for Pianegonda, which has in store ambitious projects and major investments, through a bold and contemporary language that the designer will surely be able to interpret in the most fruitful way.

“I have always seen Pianegonda as a groundbreaking brand that knew how to dare, and when they called me for this role I said yes, without hesitation. Pianegonda is very close to my aesthetic vision of the bold and contemporary,” says Betony.

“As part of the brand’s new development, we enthusiastically welcome Betony’s entry and we are sure that she will be able to revitalize the extraordinary heritage to the fullest with new declinations of jewelry, combining her taste, ideas, and knowledge of materials, silver and gold, with the strength of expressiveness and the essence of form of Pianegonda’s contemporary design,” adds President Lanfranco Beleggia.